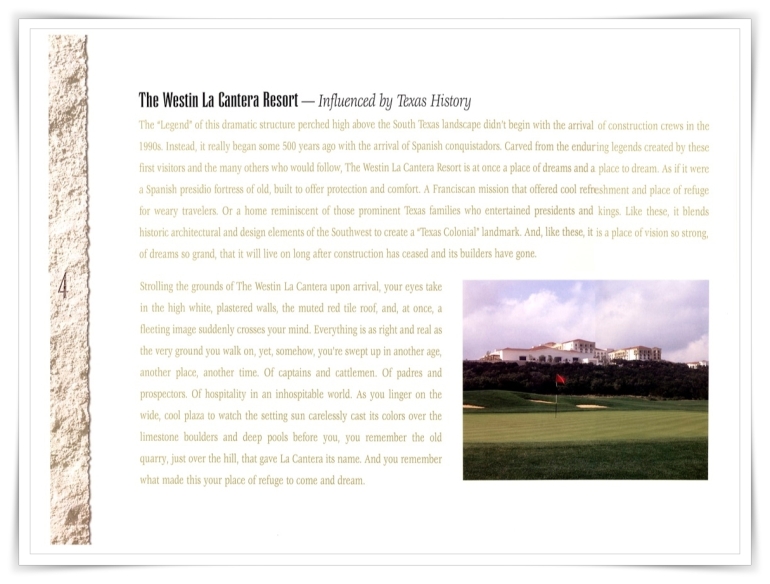 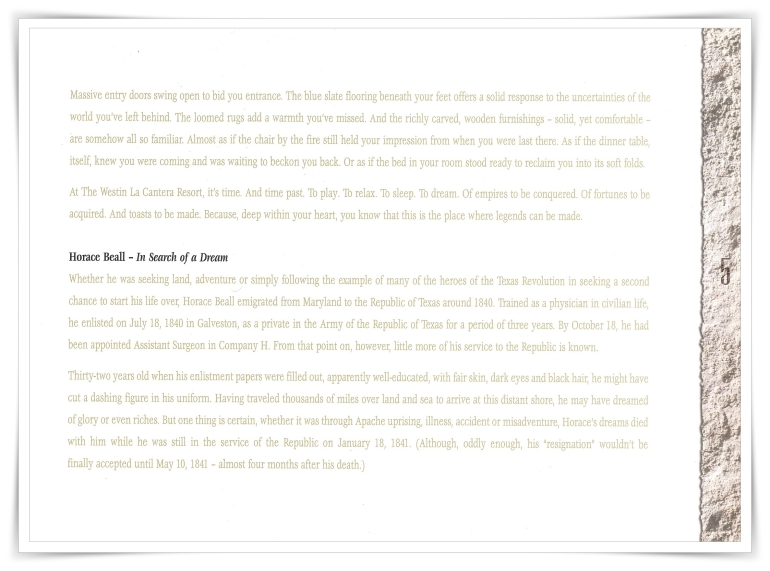 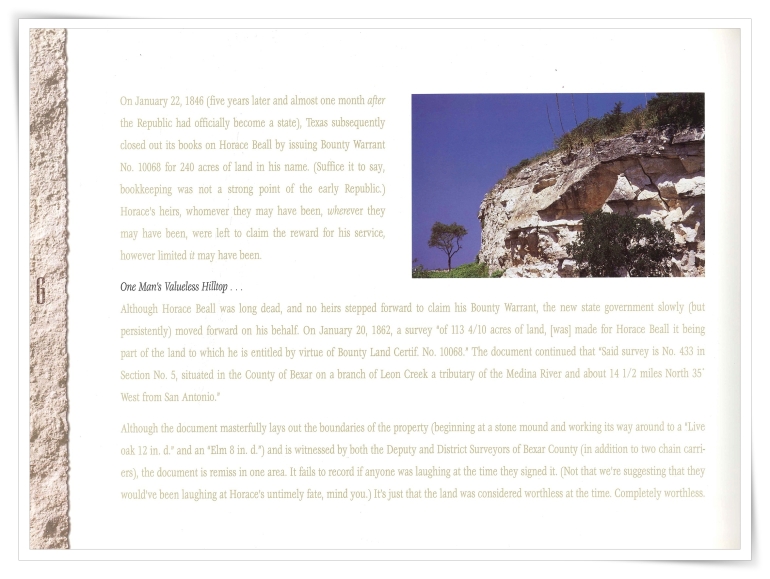 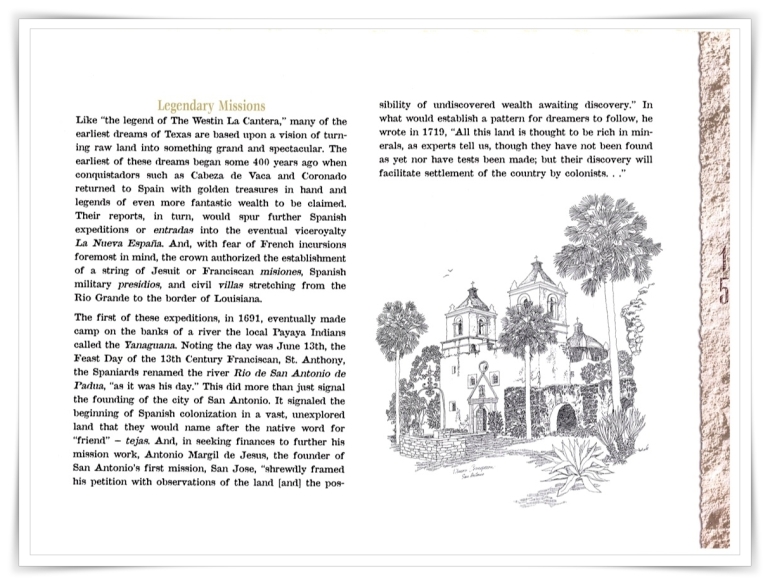 Situation:       Once the $115 million Westin La Cantera was under construction, the developers had to solidly establish their theming in everything that referenced the property—from pre-opening travel trade and news articles to collateral materials and permanent signage throughout the resort.

Action:            In addition to concept, research and copy, I was given the task of assembling and supervising a local team to produce a 40-page, four-color brochure that would be distributed at the Grand Opening. To do that, I hired a local advertising agency, helped select illustrators and worked with the public relations team.

Result:            The completed brochure was distributed at both the opening ceremonies and to guests of the resort. Copy was excerpted for use throughout the property on descriptive plaques. And numerous travel writers used the brochure as a key point of reference in writing glowing reviews to a worldwide audience.