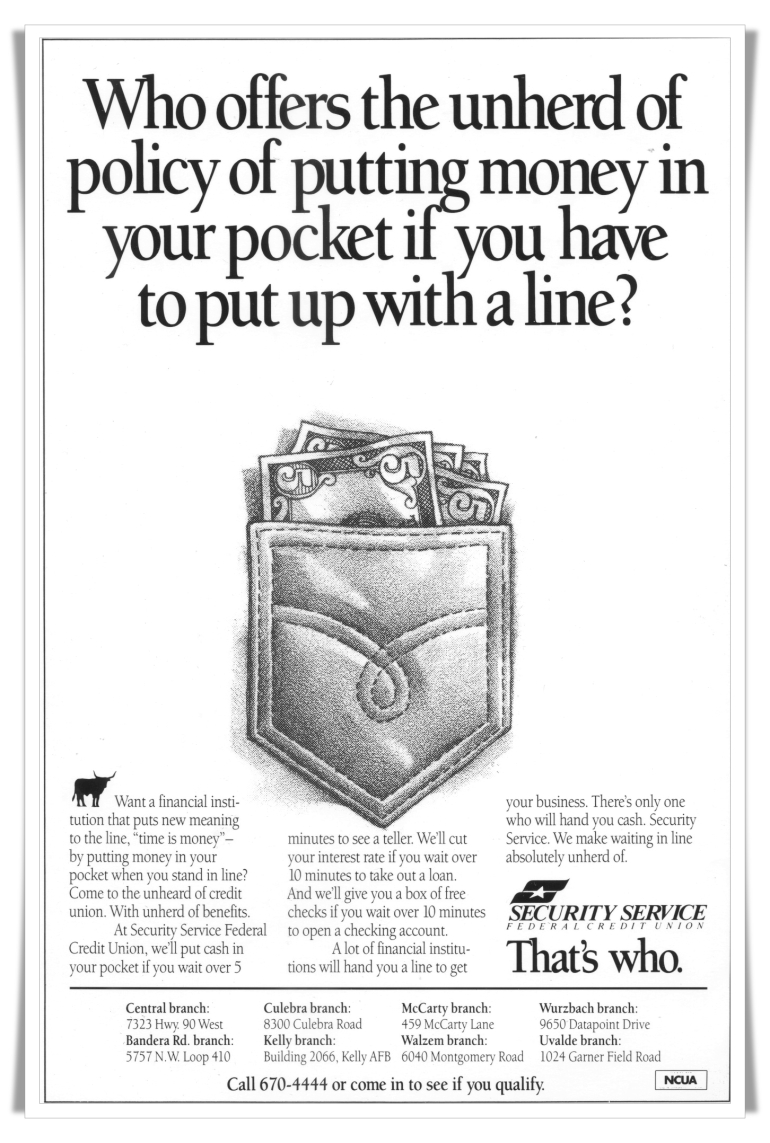 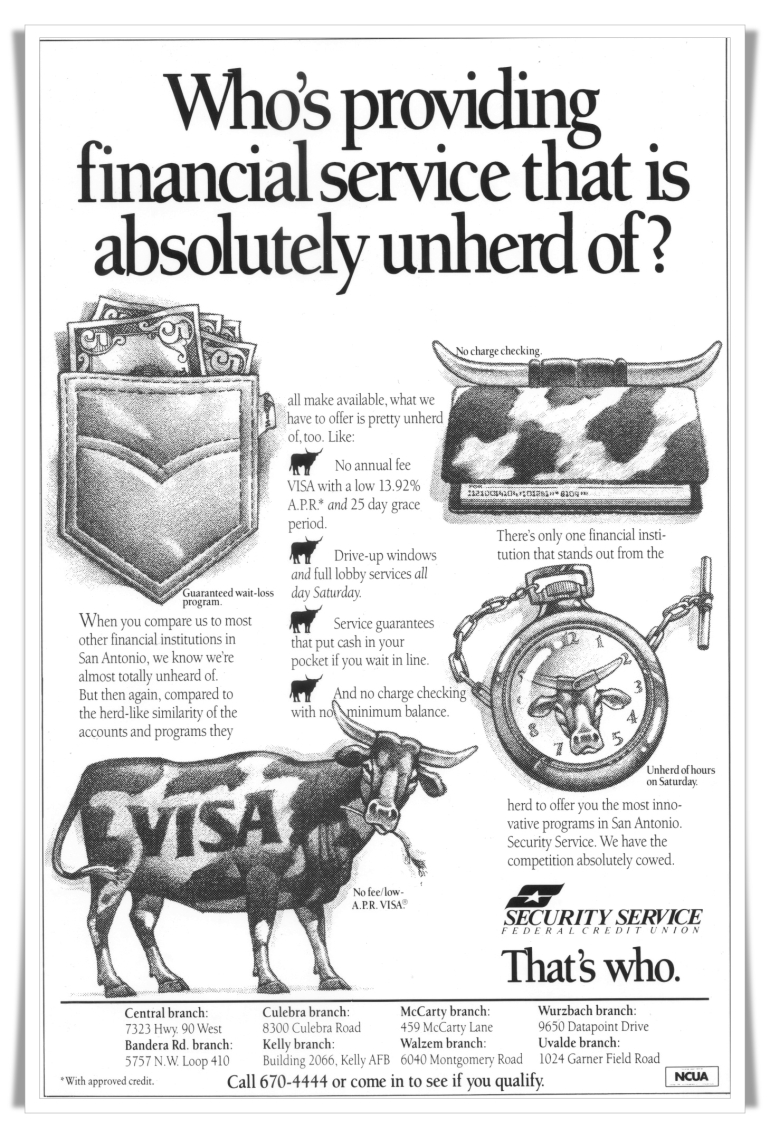 Situation:       With recent court rulings that allowed credit unions to expand their membership roles, SSFCU was faced with two challenges: differentiate itself from everyone else and bring in new members (read “new money”).

Action:           Working with the art director, we established the credit union as not a member of the “herd,” but, instead, offering “unherd of” benefits. I was responsible for the copy for a series of promotional ads as well as radio and television production. 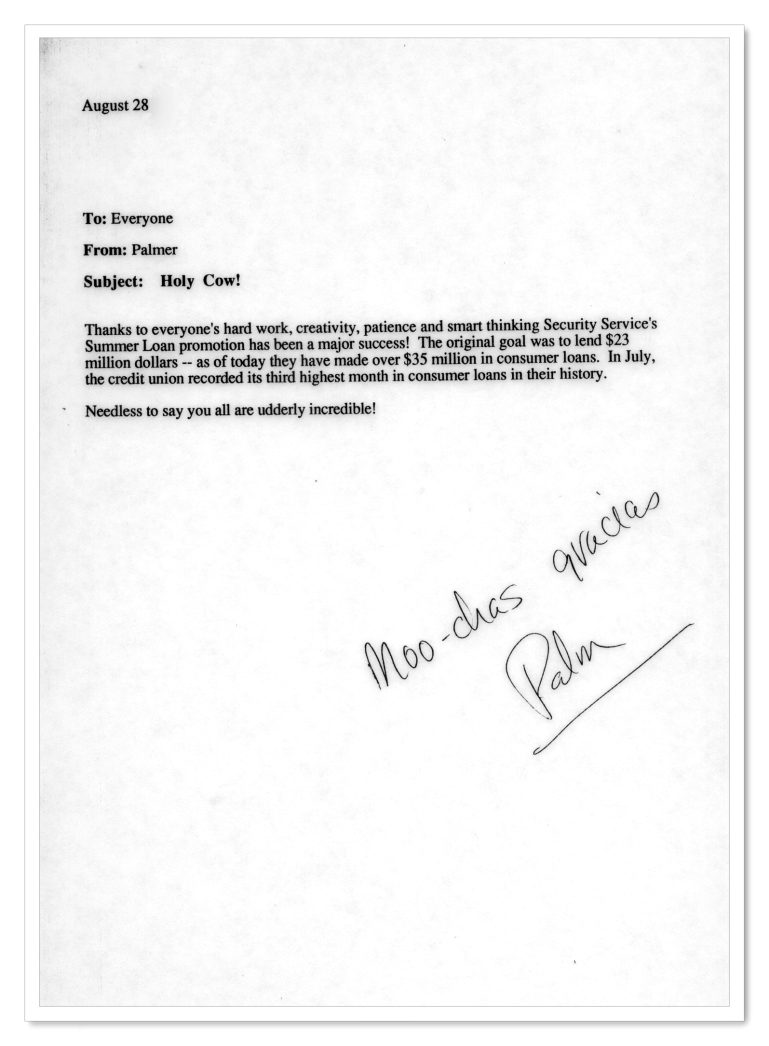