Action:            Working closely with a team of art directors, I helped to design a number of different ad campaigns, coming up with concept, headlines and copy direction. Of these, an off-the-wall “mad scientist” series was approved. I then wrote the copy for the series of 3 ads.

Result:            Chemical Engineering News (in which the ads were placed) later noted that “the ad not only came in second among all 4-color page ads [for readership] but did equal or better than all the spread ads in most categories.” What’s perhaps even more important, however, is that the target audience loved the campaign and wanted poster-sized copies. Why? The ads referenced the “mad scientist” movies they grew up with—the same ones that made them want to become scientists in the first place! 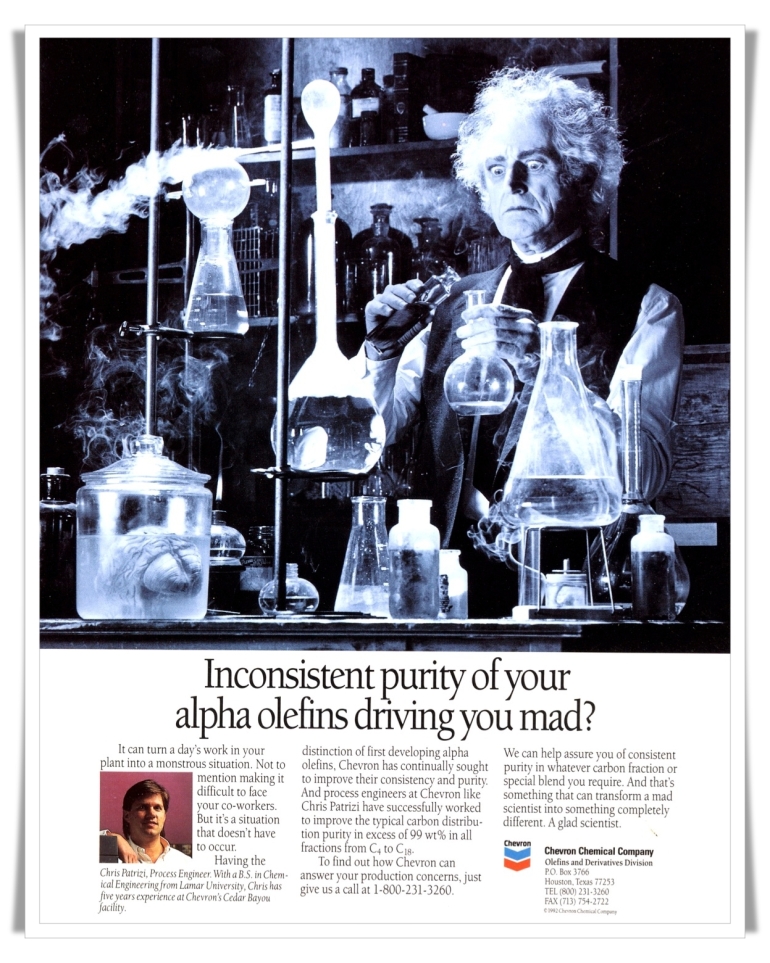 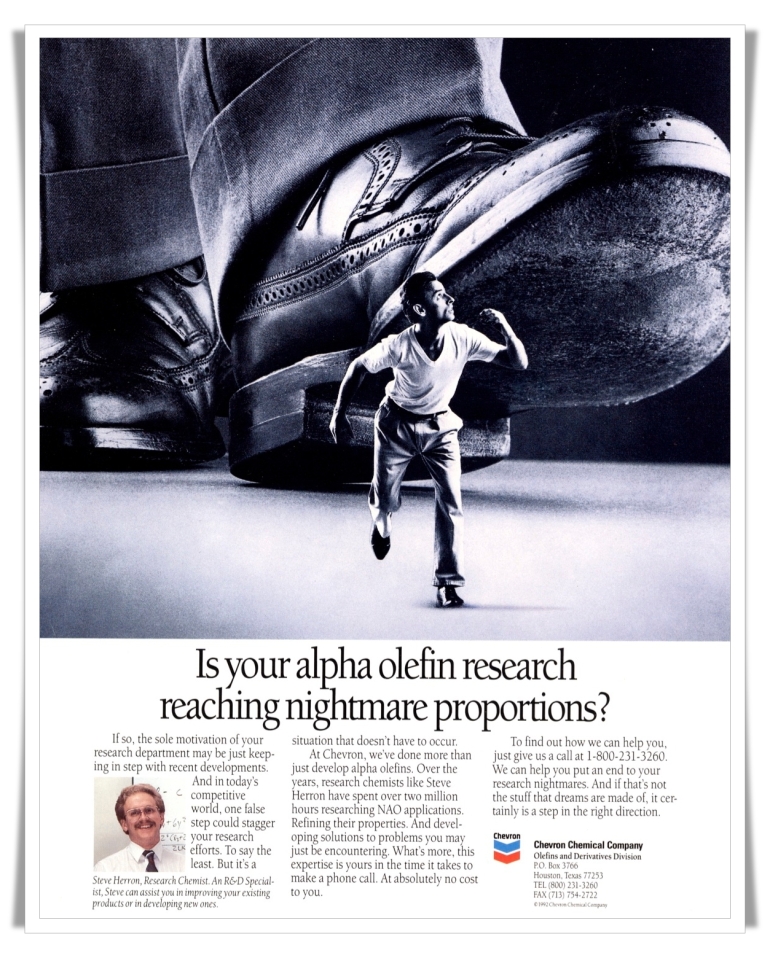